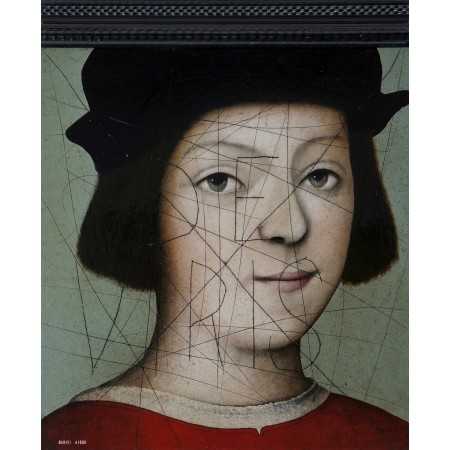 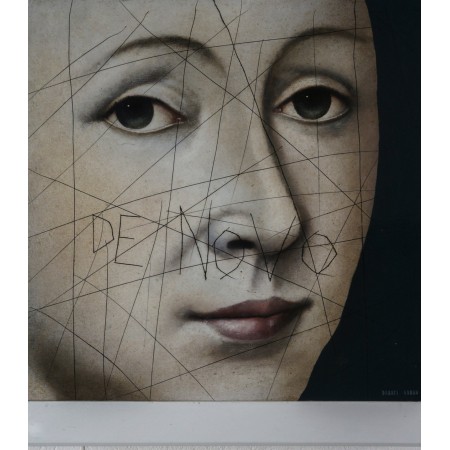 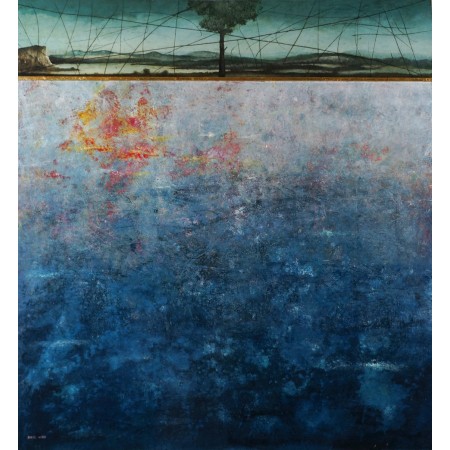 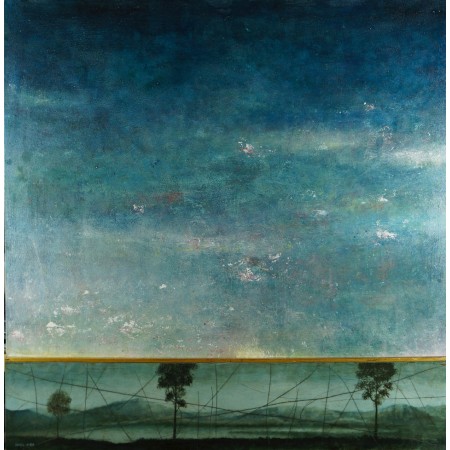 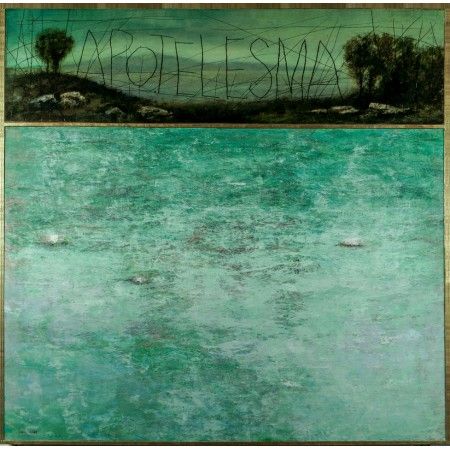 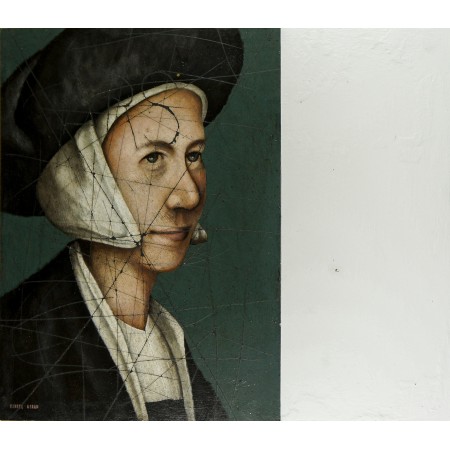 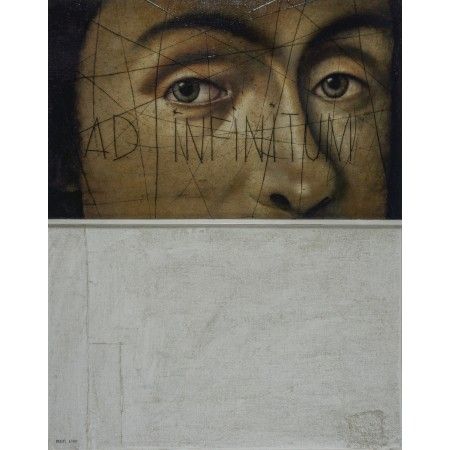 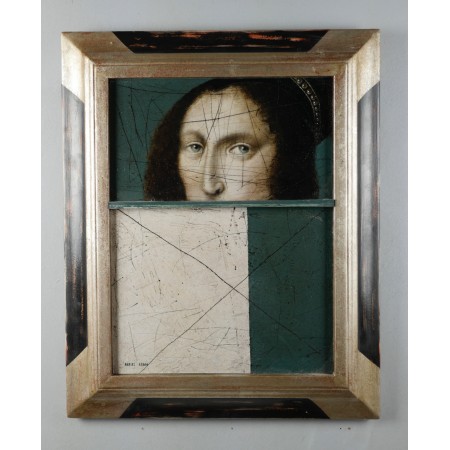 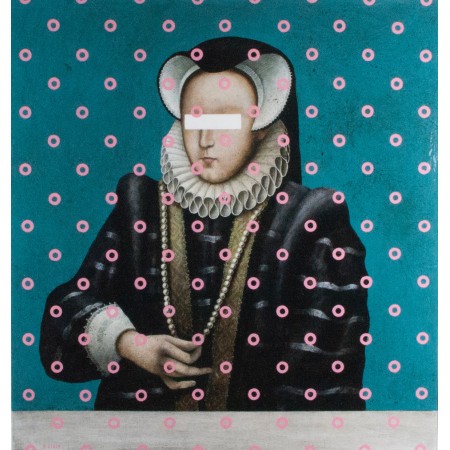 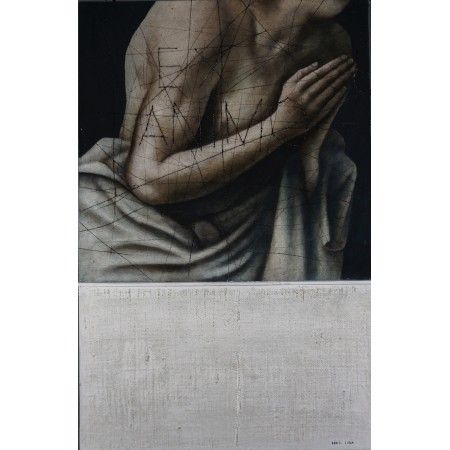 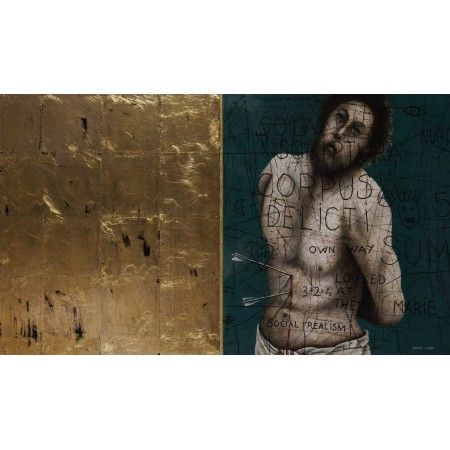 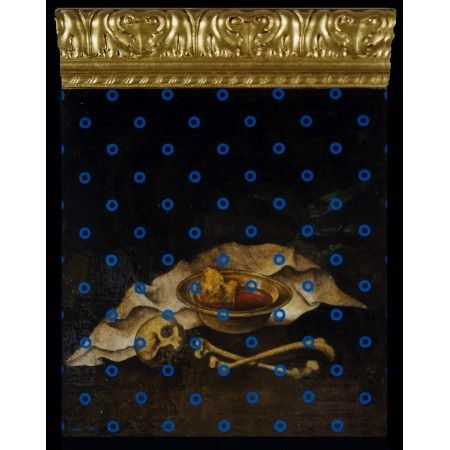 Studies of Graphic Art then works in the printing house from 1975 to 1982.

“If the persistence of the practice of graffiti incised most often on the plaster of a wall or the bark of a tree never ceases to amaze me, the immutable beauty of the Flemish portrait and its ocean of faces m 'delights just as much. The irony suggested, it will be time to notice that what unites them is indeed part of the same register, that of a set of thousands of anonymous existences secreting an equal delight for their own singularity. Both born of a quasi-mechanical system, codified, tirelessly restarted, their incredible presence nevertheless crosses time; nevertheless, claiming for one its popular aspect and for the other its belonging to an assumed aristocracy, it is clear that a common memorial function brings them together as an identical reference.

Openly practicing the idea of ​​an art history at the heart of my artistic production, the use of varnish has emerged, it bringing shine and hardness to the painting. In fact, the famous "shine" Van Eyck spoke of, that shine close to glass, to stained glass, also close to an epidermis supposed to protect an organic and fragile world. And then, like an injunction to the stillness of things, a proliferation of colored dots was invited, like an equally mechanical process, a distinct concern for the repetition of a simple and abstract motif. A fragment of endless modernity, the unity of this colored grid forces the gaze to produce an effort. Then arises the requirement of the critical moment immanent in the painting, the activation of the work by the gaze. "

« The immutable beauty of the Flemish portraits, with their oceans of faces, enchants me. But the persistence of the graffiti artists we so often come upon, their work scratched into the finish of walls or the barks of trees, astonishes me in the same way. This suggests a certain irony. It may be time to recognize what unites them, that both arise from the same emotion, from an ensemble of millions of anonymous existences, each harboring a deeply held belief in its own singularity; that both grew out of a codified, quasi mechanical system endlessly repeated down through the ages. Despite claims of popular origin for the one and an assumed aristocracy for the other, in their common, immemorial function they are identical. »